A third man has now plead guilty in the investigation into the murder of Michael Bonin, which occurred in Hope, B.C. in 2017.

On April 20, 2017, Hope RCMP responded to the report of a deceased male located on a rural Forest Service Road north of Hope BC.

As a result of the investigation, IHIT investigators identified Joshua Fleurant, Jared Jorgenson and Ryan Watt as a suspects in the homicide of Mr. Bonin.

On January 11, 2018, the BC Prosecution Service (BCPS) laid charges against Fleurant, Jorgenson and Watt in relation to the homicide of Mr. Bonin. 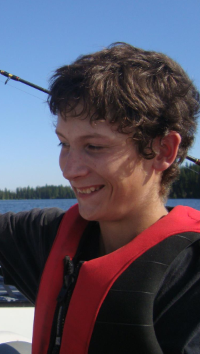 On January 12, 2018, IHIT conducted the simultaneous arrests of all three males in Surrey, Prince George and Dawson Creek B.C, respectively.

On May 3, 2021, Joshua Fleurant entered a guilty plea to second degree murder and was sentenced to life in prison with a 20-year parole ineligibility.

On June 24, 2021, Jared Jorgenson plead guilty to manslaughter and was sentenced to 252 days in jail and three-years probation.

On August 31, 2022, Ryan Watt plead guilty to manslaughter was sentenced to 15 years in prison minus time served.

All three men were known to police within BC. Watt was previously convicted of assault causing bodily harm and possession of a scheduled substance for the purpose of trafficking, contrary to the Controlled Drugs and Substances Act.

This was an intricate case and we’re happy to see these men being held accountable for this horrible crime, says Sergeant Timothy Pierotti of IHIT. I’m proud of the work of the investigating team and their dedication to bringing justice for Mr. Bonin and his family.