On May 3, 2022, just after 2:00 a.m., Prince George RCMP responded to a report of a break-and-enter to a liquor store on the 100-block of Tabor Boulevard. Witnesses reported seeing several suspects enter and exit the store multiple times.

Frontline police, along with a Police Dog Service team, flooded the area. After brief foot pursuits, and with the assistance of the Police Service Dog, officers caught two suspects attempting to flee the scene. The third suspect evaded police capture. 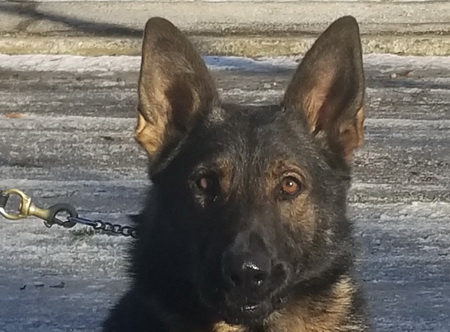 Police recovered much of the stolen product, which was stashed nearby. The total value of the stolen merchandise was just over $2400, states Cpl. Jennifer Cooper, media spokesperson for the Prince George RCMP.

Investigators released the two youth to their parents on Undertakings with future court dates. However, the third suspect is still outstanding. Police are looking for anyone with dash cam footage or video surveillance from this neighbourhood, which may show the third suspect leaving the area. The footage would be from May 3, 2022, between 1:30 a.m. and 2:30 a.m.

The investigation is ongoing.

If you have any information about this or any other criminal offence, please contact the Prince George RCMP at (250)561-3300 or anonymously contact Crime Stoppers at 1(800)222-8477 or online at www.northernbccrimestoppers.ca (English only). You do not have to reveal your identity to Crime Stoppers. If you provide information that leads to an arrest or recovery of stolen property, you could be eligible for a cash reward.