New Year’s Eve was a busy night for the Prince George RCMP, who ended the year on a slightly busier note than usual. 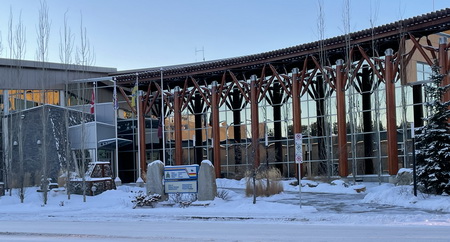 Frontline police were busy on the last day of 2021, attending 129 calls for service throughout the day and into the evening’s celebrations. This is on par with yearly results since 2018, which saw an average of 127 calls for service each year for the same night.

The icy road conditions resulted in nearly double the amount of traffic incidents we attended on New Year’s Eve in 2020, states Cpl. Jennifer Cooper, media spokesperson for the Prince George RCMP. Overall, however, the calls to police for that night were in line with our regular service calls.

Calls to police were highest in the late afternoon and early evening.

Prince George RCMP concluded the year with just over 51,000 calls for service, which is a 7% increase over 2020’s total.